The Bullnose Morris Club is an international club founded in 1952, with William R Morris as president. The Club has over 700 members worldwide who share an interest in Morris vehicles manufactured between 1913 and 1933.

The Bullnose was the car that displaced the Model-T as the best selling car in Britain. W.R.Morris, later to become Lord Nuffield, adopted the Ford policy of reducing prices to increase sales and obtain the cost benefits of quantity production. Morris’s gamble paid off handsomely, by 1925 sales of the Bullnose accounted for 45 per cent of the British market. The Bullnose deserved this share because it offered better value for money than the competition. It was not just a matter of price, it demanded respect because its combination of brisk performance with lack of temperament and unfailing reliability. It was a more sprightly performer than more expensive rivals in the 12-14 h.p. class, such as the Austin or the Humber. The Bullnose dominated the British motoring scene of the mid-‘twenties.

In September 1926 Morris unveiled the Bullnose’s successor, the Flatnose. The latter derived its name from the new flat fronted radiator, which gave the car a modern, not an Edwardian, appearance and also cooled the engine better. The other main purpose of the redesign was to combine the more up-to-date appearance with a chassis that was better able both to carry saloon bodywork and to withstand colonial conditions. However, very sensibly, the Flatnose retained, with only minor modifications, nearly all the major, well proven, mechanical components of the Bullnose, such as the engine, gearbox, and axles.

Where Morris’s approach to production differed from that of his major rivals such as Ford or Austin was that Morris was convinced that it was sounder to assemble rather than manufacture, if possible. Consequently, for convenience, early Morris models are often identified by the make of engine fitted. There are probably well over 2,000 of these cars or vans on the road or under restoration today. If you have a pre 1933  Cowley, Oxford or Major Morris please read more of our website and join The Club. 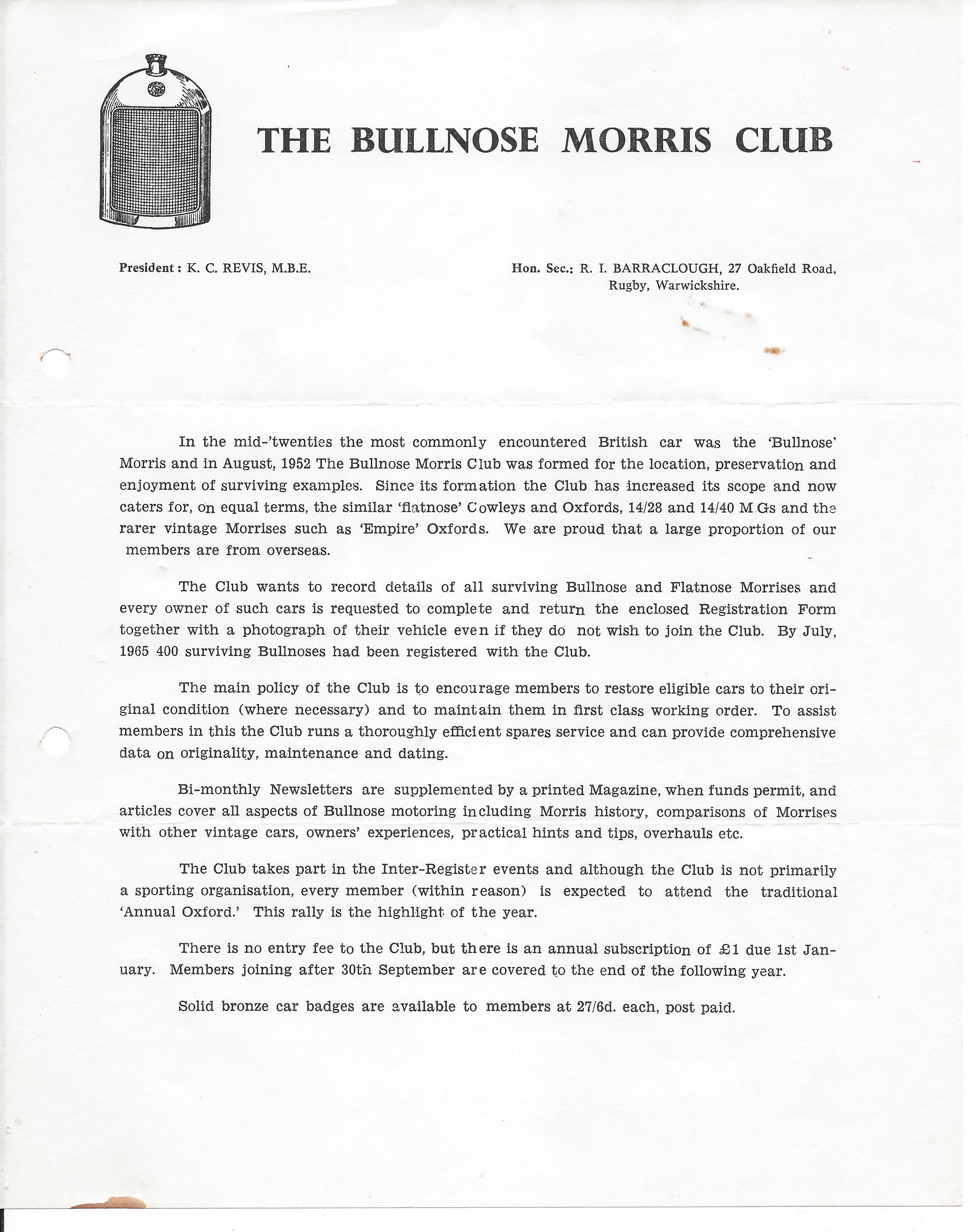